People Behind Inventions: The Gun 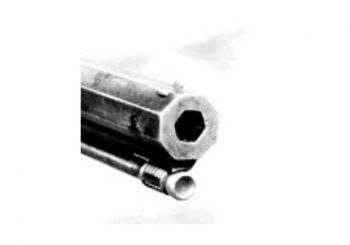 It has been quite a while now when the „Inventions that changed the world” series on BBC was first aired about the engineering achievements that shaped our modern world. Created by and starring Jeremy Clarkson this five episode series is one of my personal favourites and not just because the marvels of engineering but because of the people behind those inventions. Here comes a little introduction to the first episode.

The five inventions presented were the gun, the computer, the jet engine, the telephone and the television. I chose to write short introductions like this article to the first three episodes of the series because they can be directly linked to Computational Fluid Dynamics. All of the episodes are equally interesting so do not hesitate to look for all of them.

Let’s see what the gun put to the world as we know it today. More importantly what the people that were involved in developing the gun added to form our way of living today.

According to show host Jeremy Clarkson it is not straightforward whether the gun itself did more damage than all the gain inventions related to the gun brought to us. My personal viewpoint is that millions of lives taken cannot be compensated by anything, but it is the man that always initiate a conflict and pulls the trigger, not the gun itself. It is a fact however that inventions related to the gun did prove useful on other fields of life.

Street lights can be mentioned here as a mean to hold back armed bandits from their intentions. Though the ancient Egypt or Spain during Arabic rule had street lights 3000 years ago, way before the rise of firearmed robbery. But the dark middle ages came and most of the inventions were forgotten. For example street lights of London or Paris were first lit in the 15th and 16th century. According to Jeremy, the success of Dick Turpin, who in his life was a simple horse thief and raider but became a romantic hero after his death, and his flintlock asked for immediate attention in the 1730’s making street lights widely spread.

There is an invention closely related to the gun which has direct connection to the fact that Britain became the powerhouse of the industrial revolution and the centre of an immense empire.

This invention is the cylinder boring machine made by John Wilkinson in 1774.

Because what were called as bores of a cannon, a pistol or a rifle at that time? Cannon bores were cast by a sand core and the bore itself was not machined because there was no proper equipment to do it. So the bullet made of either stone or cast iron did not fit and bounced its way out of the cannon like a drunk tourist in the Soho at 3am.

Before the cylinder drilling machine all those cannons on a warship were ineffective, the chance of an accurate shot was equal to the chance that your mother-in-law wins a million quid on lottery. England had serious ambitions to conquer the world for which it needed better guns.

Here comes the cylinder boring machine into the picture. The bore it machined had the tolerance of the thickness of a sixpence along 76 inch length which provided better aiming, larger firepower and in the end, larger empire.

James Watt suffered a lot because of the inaccurate, leaking cylinder of his steam engine. John Wilkinson’s invention was able to machine a bore that could be sealed properly and this was why Mr. Wilkinson became the exclusive supplier to Boulton & Watt for 20 years. This cooperation was the basis of the industrial revolution.

Size did matter at the time of the steam engine and this tendency has been with us ever since. Joseph Whitworth and his perfectionism created the micrometer which enabled bolts, nuts and at the end all other parts of a machine to be interchangeable. Because of the micrometer mass production could make its way.

He was the man who recommended the thread with 55° angle to be standardised and since all the railway companies (each of them using different threads) accepted his proposal, the Whitworth thread soon became a British Standard.

The British government after the freshly won Crimean war decided that it needed a better rifle than the Enfield, however it performed satisfactory during the conflict. Since Whitworth at that time already was Nr.1 engineer in England, the government asked him if he could look into the problem.

Rifling was already used by the Enfield since the Austrian gentleman Gaspard Kollner had invented it in 1520. But Sir Joseph did his homework more thoroughly. He found that a bullet would only fly steady when it had a certain speed of rotation. This rotation had a rate of one turn in every 20 inches of travel, against the one turn in every 78 inches of the Enfield. For the new type of rifling he created a special hexagonal bullet to improve the whole system.

To prove his point in 1860 at the opening ceremony of the National Rifle Association in Wimbledon Queen Victoria with a Whitworth rifle on a stand hit the bull’s eye 400 yards away. This was twice the distance a professional could shoot with a regular rifle without the slightest chance for hitting the bull’s eye.

The Whitworth rifle had disadvantages as well since it had the tendency of fouling and it cost four times more to manufacture than a regular rifle. The British government rejected to standardise Whitworth’s rifle, which Sir Joseph found to be an outrageous crime.

However, not only Wilkinson and Watt, but Whitworth as well was a good businessman, besides all of them making everlasting engineering achievements.

From 1861 to 1865 America heavily suffered from civil war and just like every war today it was a huge market and a good business. Whitworth’s sniper rifles arrived to the South first and these guns and Confederate snipers took down the highest ranking officer during the war, General John Sedgewick in 1864. He strode around while ashaming his solders for ducking in trenches saying: “Why are you dodging like this? They (the Confederates) could not hit an elephant from this distance”. Well, moments later he was hit from 1000 yards and fell dead immediately.

I do not want to confute the basic principle that guns are bad but with this article I would like to draw your attention to the work of ingenious engineers who created machinery 150, 200 years ago so powerful to shape the course of human history. I am just wondering where do modern day engineers work today and what are they doing now that will shape our future?

With this introduction I would like to recommend to look for and watch the first episode of BBC’s Inventions That Changed the World because it contains many interesting facts and stories apart from these I quoted here, and to hail the power of engineering sciences.